Rev 1:1  [This is] the revelation of Eashoa the Christ [his unveiling of the divine mysteries]. God gave it to him to disclose {and} make known to his bond servants certain things which must shortly {and} speedily come to pass in their entirety. And he sent and communicated it through his angel (messenger) to his bond servant John,

Rev 1:2  Who has testified to {and} vouched for all that he saw [in his visions], the word of God and the testimony of Eashoa the Messiah (the Christ).

Rev 1:4  John to the seven assemblies (churches) that are in Asia: May grace (God’s unmerited favor) be granted to you and spiritual peace (the peace of the Christ’s kingdom) from Him [God] Who is and Who was and Who is to come, and from the seven Spirits [the sevenfold Holy Spirit] before His throne,

Rev 1:5  And from Eashoa the Christ the faithful {and} trustworthy Witness, the Firstborn of the dead [first to be brought back to life] and the Prince (Ruler) of the kings of the earth. To him who ever loves us and has once [for all] loosed {and} freed us from our sins by his own blood,

Rev 1:6  And formed us into a kingdom (a royal race), priests to his God and Father–to him be the glory and the power {and} the majesty and the dominion throughout the ages {and} forever and ever. Amen (so be it).

In the first 6 verses of Revelation Chapter 1, we can see, number one, from the first verse the Christ is not God.

Number two, the things that are written in Revelation are to happen quickly (Rev 1:1).

Number 3, the time is near for the things to happen that are written in Revelation (Rev 1:3).

Number four, Revelation is addressed to only seven churches in Asia who were alive during the time that Revelation was written (Rev 1:4).

Rev 1:7  Behold, he is coming with the clouds, and every eye will see him, even those who pierced him; and all the tribes of the earth shall gaze upon him {and} beat their breasts {and} mourn {and} lament over him. Even so [must it be]. Amen (so be it).

The “tribulation” that is spoken of in Matt 24:29 is the destruction of Jerusalem, Jerusalem was destroyed in AD70.

Matt 24:29  Immediately after the tribulation of those days the sun will be darkened, and the moon will not shed its light, and the stars will fall from the sky, and the powers of the heavens will be shaken.

Matt 24:30  Then the sign of the Son of Man will appear in the sky, and then all the tribes of the earth will mourn {and} beat their breasts {and} lament in anguish, and they will see the Son of Man coming on the clouds of heaven with power and great glory [in brilliancy and splendor].

Rev 1:8  I am the Alpha and the Omega, {the Beginning and the End,} says the Lord God, He Who is and Who was and Who is to come, the Almighty (the Ruler of all).

Rev 1:9  I, John, your brother and companion (sharer and participator) with you in the tribulation and kingdom and patient endurance [which are] in Eashoa {the Christ,} was on the isle called Patmos, [banished] on account of [my witnessing to] the Word of God and the testimony (the proof, the evidence) for Eashoa {the Christ.}

Rev 1:10  I was in the Spirit [rapt in His power] on the Lord’s Day, and I heard behind me a great voice like the calling of a war trumpet,

Rev 1:11  Saying, {I am the Alpha and the Omega, the First and the Last.} Write promptly what you see (your vision) in a book and send it to the seven churches {which are in Asia}–to Ephesus and to Smyrna and to Pergamum and to Thyatira and to Sardis and to Philadelphia and to Laodicea.

Rev 1:12  Then I turned to see [whose was] the voice that was speaking to me, and on turning I saw seven golden lampstands,

Rev 1:13  And in the midst of the seven candlesticks one like unto the Son of man, clothed with a garment down to the foot, and girt about the paps with a golden girdle.

Rev 1:14  His head and his hairs were white like wool, as white as snow; and his eyes were as a flame of fire;

Rev 1:15  And his feet like unto fine brass, as if they burned in a furnace; and his voice as the sound of many waters.

Rev 1:16  And he had in his right hand seven stars: and out of his mouth went a sharp twoedged sword: and his countenance was as the sun shineth in his strength.

Rev 1:17  And when I saw him, I fell at his feet as dead. And he laid his right hand upon me, saying unto me, Fear not; I am the first and the last:

Rev 1:18  I am he that liveth, and was dead; and, behold, I am alive for evermore, Amen; and have the keys of hell and of death.

There is another verse in Revelation that proves Revelation was written before AD70, that verse is Rev 7:14, here is a link to my post that will explain more https://bornfromabove7.wordpress.com/category/revelation-was-written-before-70ad/

Luke 21 proves the tribulation happened when Jerusalem was destroyed, here is link to my post about Luke 21 https://bornfromabove7.wordpress.com/category/a-christian-believes-the-tribulation-has-already-happened/

The Kingdom of God is a spiritual kingdom, it is not a physical kingdom https://bornfromabove7.wordpress.com/2014/08/21/the-kingdom-of-god/

Here is a link to more of my posts that will show why we are not in the last days https://bornfromabove7.wordpress.com/category/we-are-not-in-the-last-days/

5 thoughts on “Rev 1:7 Proves Revelation Was Written Before AD70” 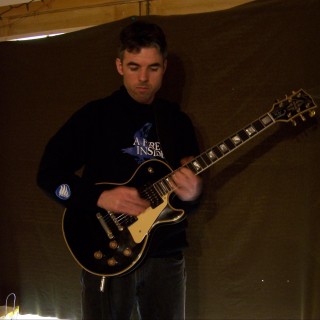